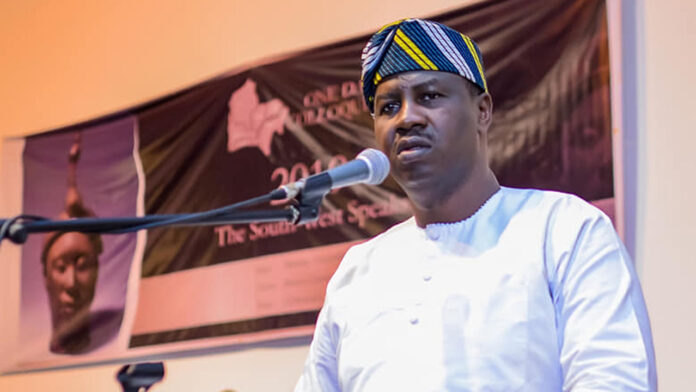 Babatunde Gbadamosi, a former governorship candidate of the African Democratic Party (ADP), has asked his followers to donate money for him to procure the nomination form of the Labour Party (LP).

Gbadamosi, in a post published on his social media platforms, declared his intention to contest the 2023 Lagos governorship election, saying the state must be rescued from those who have turned it to a personal money-making machine.

The real-estate developer however said he does not have the money to purchase the N15 million LP nomination form for the governorship election.

Gbadamosi added that having contested two back-to-back elections in the state, he does not have the financial power to single-handedly sponsor another election.

“For the last few months, many have clamoured on various social media platforms that I should contest for governor on the platform of the Labour Party. It’s an interesting idea which I cannot honestly say does not intrigue me,” he wrote.

“While it is true that Lagos needs rescuing from the clutches of those who have turned it into their personal ATM, it is also true that due to the unscrupulous way they withdraw from that ATM, the effort will be an uphill task that will require immense resources, from my personal experience.

“At this point in time, having almost single-handedly contested two major elections back-to-back within two years in 2019 and 2020 (Gubernatorial and Senatorial bye-election), I’m afraid I’m all tapped out.

“I simply do not have the resources to engage in another electoral adventure, even though the odds seem to favour Labour Party, if they can present a morally solid, politically credible, articulate, knowledgeable, experienced and courageous candidate in Lagos right now.

“My past political forays have taught me one thing – you cannot rescue people who are not interested in being rescued. The only way I can believe Lagosians are ready for true freedom from the Jagajagabandits is when I see true commitment.

“I am told the Labour Party Expression of Interest and Nomination Forms cost ₦15m, and there is a fee for waiver, that could bring the total to up to 20m. INEC deadline for final substitution of Gubernatorial candidates is August 12th, 2022.

“If truly you’re interested in getting me to run, it is time to put your money where your mouth is, and go get me the Labour party form, because honestly, I really no get shishi to give.

“Based on the incredible responses we’ve gotten so far, here we go! If you really do wish to see this happen, please send your donations to 0013488601 GTB.”