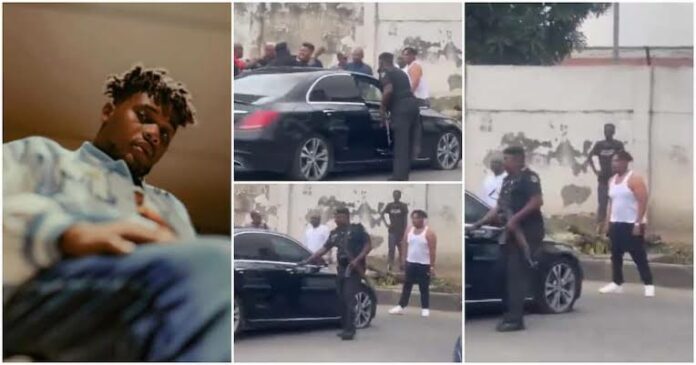 A video of BNXN, the singer formerly called Buju, confronting some police officers in Lagos has surfaced online.

In the now-viral footage, the musician, clad in a white singlet and black jean, could be seen trading words with the police officers who blocked his car on the road.

The ‘Outside’ crooner was thereafter seen walking away from the scene of the incident in anger.

A voice in the background was also heard saying “which day will police brutality end?”

It was not immediately clear what led to the confrontation between the singer and the police officers.

But in a now-deleted post on Twitter, the 25-year-old wrote: “Spat at a police officer’s face and it felt so good.”

In his reaction, Benjamin Hundeyin, the Lagos police spokesperson, said the singer “must surely answer for his alleged assault on a police officer”.