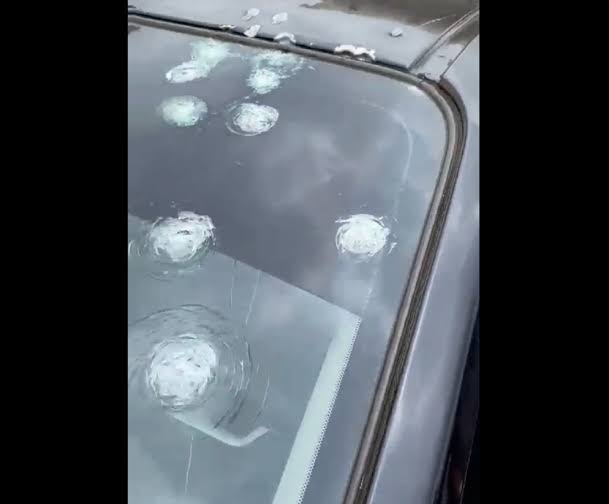 Lagos socialite Cubana ChiefPriest has come out to reveal how he was attacked by unknown gunmen in an undisclosed location.

In a video that has gone viral, Cubana ChiefPriest showed off his car with bullet scratches and holes in his car which it sustained when unknown gunmen attacked his car.

In the viral video, Cubana ChiefPriest showed off his car and how it looked after the attack. Watch the video below;

However, the celebrity barman who’s yet to disclose the location he was attacked, berated an online blog for saying it happened in Imo state, stating that the incident never happened in Imo.

This is rubbish – Follower slams Actress Joke Jigan after she...