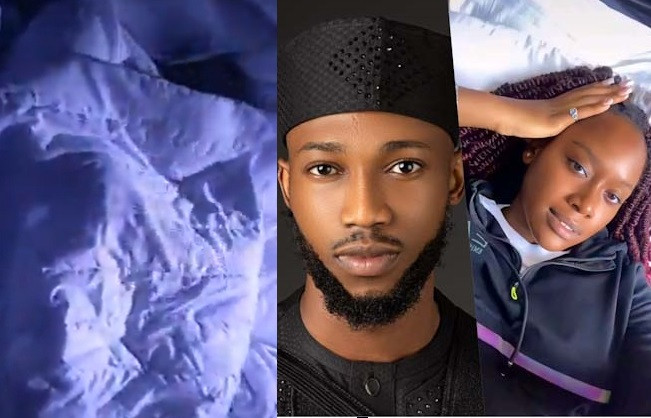 Daniella and Dotun get cozy in HOH lounge weeks after her love interest, Khalid, got evicted from the show (video)

The pair, who will be in the HOH lounge for this week after Dotun emerged as the winner of the HOH games, were spotted having a moment while under the duvet.

I will say it again Dynamites and Daniella deserves Dotun lol.

Recall that Daniella was in a relationship with former housemate Khalid, and both got intimate severally before his eviction from the show.

In a recent interview, Khalid confirmed his relationship with Daniella, but denied they had sex.

BBNaija Host, Ebuka’s Wife Reveals Where She Met Her Husband