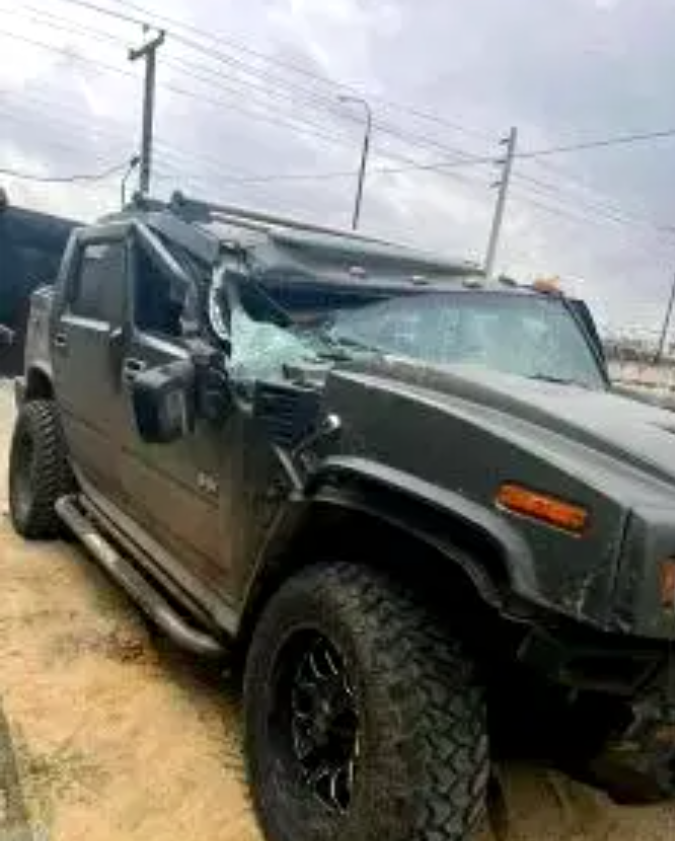 Fayose wrote on his Facebook page that while traveling to Lagos state some unknown gunmen attacked his vehicle along with several others and abducted some persons.

According to him, many people were kidnapped while he barely escaped with damage to his vehicle.

He wrote: “Thank God for life. No life was lost. Many were kidnapped.

“Kidnappers in Gbogan area of Oyo State, coming to Lagos. No security in Nigeria at all.

“This is why I won’t vote Tinubu and Atiku. They changed Goodluck to Buhari.”

However, the Osun State Police Command said it was not aware of such incident as it was not reported to command.

“He didn’t report to any police station in Osun State. We are not spirits to know what happen everywhere and everytime.

“The Facebook is not a police complaint/report station Sir. If we want more enquiry from him about the incident, because there are lots of questions that we will want to ask him, which can’t be asked on the Facebook Sir. Thanks & have a sumptuous day.

“But notwithstanding, we shall work on the matter to know what really happened & know what to do about it”, she said.

Angela Merkel in quarantine after seeing a doctor who tested positive...