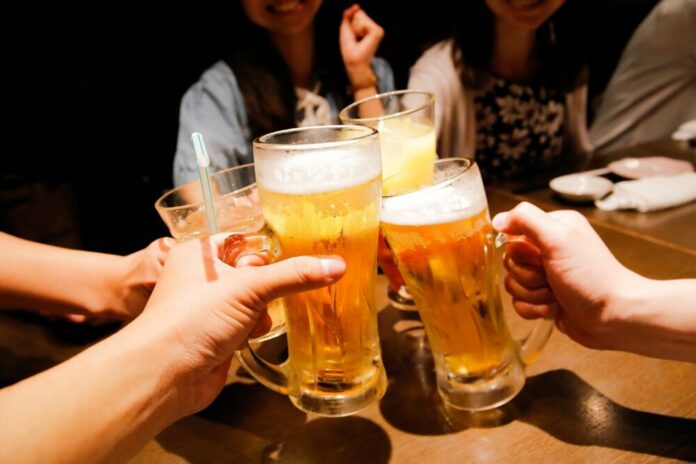 The Japanese government is planning to convince its younger population to consume more alcoholic drinks as a way of boosting the economy through taxes from the brewery industries.

According to reports, recent statistics from the tax agency revealed that Japanese people were drinking less in 2020 than in 1995, with numbers reducing from an annual average of 100 litres (22 gallons) to 75 litres (16 gallons).

Tax revenue from taxes on alcohol has also fallen over the years for Japan, the third largest economy. According to The Japan Times newspaper, it made up 5% of total revenue alcohol in 1980, but in 2020 amounted to just 1.7%.

The World Bank estimated that nearly a third (29%) of Japan’s population is aged 65 and older – the highest proportion in the world.

The data has compelled the government to launch the “Sake Viva!” campaign which hopes to come up with a plan to make drinking more attractive to youths and boost the industry.

As it stands, the youth generation drinks less alcohol than their parents – a move that has hit taxes on beverages like sake (rice wine).

But the campaign was designed to request youths from 20 to 39 years old to share their business ideas that will make the young generation drink again – whether it is for Japanese sake, shochu, whiskey, beer or wine.

According to CNN, the “Sake Viva!” campaign, overseen by the National Tax Agency, invites participants to submit ideas on how to “stimulate demand among young people” for alcohol through new services, promotional methods, products, designs and even sales techniques using artificial intelligence or the metaverse, according to the official competition website.