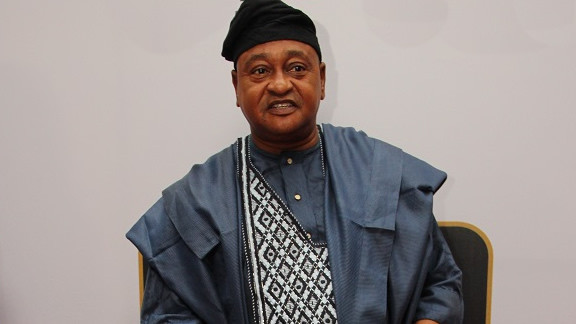 The unexpected death of the popular filmmaker hit many hard, particularly because he had just finished directing a movie, ‘Death and the King’s Horseman.

Though the movie, which is an adaptation of Nobel laureate, Wole Soyinka’s play of the same title, has not been released, it is been widely anticipated by many.

In an interview with Saturday beats, veteran actor, Jide Kosoko, who starred in the movie which is set to premiere on Netflix in September, noted that throughout his time with Biyi on set, he did not appear sick.

He said, “I remember that throughout the time I was on that set, Bandele never got angry over anything. That is not to say people did not annoy him, but he was such a gentleman. His approach to things was fantastic. I certainly did not see his death coming. He was himself throughout the production. He even had a good stamina. His death came as a big shock.”

Talking about Bandele’s work ethics, Kosoko said, “He put a high level of professionalism into his work. Explaining whatever he wanted on set came easily to him. He was so detailed that whenever he wanted to explain anything on set, it sank easily. He did not hesitate in taking one through the script in a bid to achieve the aim of that production.”

Kosoko also maintained that the movie will be a befitting send-forth for the late filmmaker. He added, “It will make people weep more because they will get to know that a great talent has been lost. We still need him but no one can control death.”

Speaking about his work ethics, Dada said, “He was a director that found it easy to express his concerns regarding characterisation and interpretation of roles. He had a good reputation and was a true gentleman. I never saw him snap at anyone. He was respectful to all.”