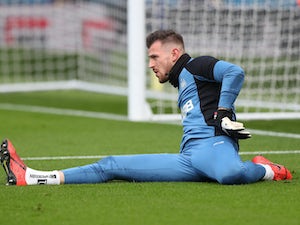 Manchester United have reportedly made a loan offer to Newcastle United for goalkeeper Martin Dubravka.

The Red Devils let Dean Henderson join Nottingham Forest on loan this summer, but due to the Englishman’s departure, they are short on goalkeeping options, with Tom Heaton the only senior backup to David de Gea.

United have been credited with showing an interest in Benfica’s Odysseas Vlachodimos and Leeds United’s Illan Meslier, while a recent report suggested that they had offered Eintracht Frankfurt goalkeeper Kevin Trapp a lucrative contract.

However, according to The Athletic, United are considering another goalkeeping option, with Newcastle’s Dubravka emerging as a potential target.

United have made an offer to Newcastle to take the 33-year-old on loan, but the two clubs are yet to agree on a deal for the Slovakia international.

Dubravka has three years left to run on his current, although he has yet to make an appearance for the Magpies this season, with summer signing Nick Pope currently Eddie Howe’s first-choice goalkeeper.