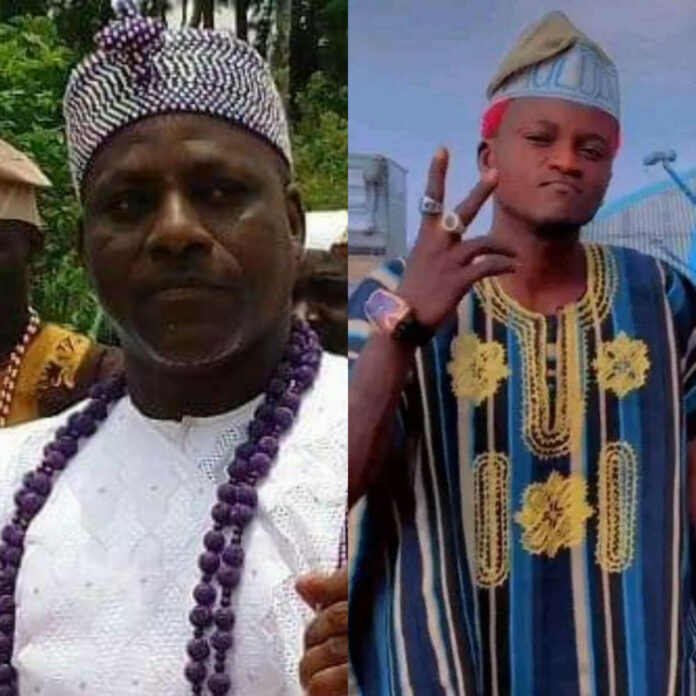 The Onitigbo of Tigbo-Ilu Land, in Ota, Ado-Odo/Ota Local Government Area of Ogun State, Olabode Thomas-Fagbayi, has justified why he conferred a chieftaincy title on the controversial singer, Habeeb Okikiola popularly known as Portable.

On Monday, August 22, Portable took to his social media handles to announce his new title as the Amuludun of Tigbo Awori land. He shared photos of himself at the ceremony where he was decorated with the chieftaincy title.

Shortly after posting the photos, some Nigerians accused the monarch of collecting bribe to bestow the honor on Portable who they said was unbefitting of any title.

However, in a chat with Premiumtimes, the monarch said he never knew the famous artist until recently and that he bestowed the title on him because he is respectful.

“I visited a school in my domain where I have gotten a report of misbehaviour among the pupils and students of the school. So, I went to the school to talk briefly with them. It was there that I was told that somebody called Portable was passing through my domain and was throwing money at people, and in the process, many got injured.

Because of that, I summoned him to my palace, and he came twice, but I wasn’t at the palace when he came. So, one day, I was walking on the road, and I saw him driving; I called for him, and he immediately came with his boys, and they all prostrated on the road.”he said

The monarch also mentioned that the singer has his roots in Tigbo town and is well behaved.

“His mum is from Tigbo, and he too lives here; he presented himself as a responsible person, and we take him as that. Some people might have reservations about him, but even at that, he is our son.”he said

The monarch added that the singer had also shown readiness to be part of the celebration of ‘Tigbo day’.

Mr Thomas-Fagbayi, however, debunked social media claims that he was paid to honor the famous artist and insisted that he is a monarch whom “God has blessed.”