Sam Omatseye is a Nigerian poet, novelist, playwright and journalist.

In 1987, he started working as a Reporter-Researcher at the Newswatch Magazine, covering a variety of beats from Foreign Affairs to Culture.

Sam Omatseye is currently the chairman, Editorial Board of The Nation Newspapers. He oversees the Opinion Section of the newspaper and runs a weekly column, In Touch.

Sam Omatseye, chairman of The Nation newspaper editorial board, has asked Peter Obi, presidential candidate of the Labour Party (LP), to call his supporters to order.

In a tweet on Tuesday, Omatseye, also a columnist with the newspaper, alleged that Obi’s supporters are threatening his life.

He said if anything happens to him, the LP presidential candidate should be held responsible. 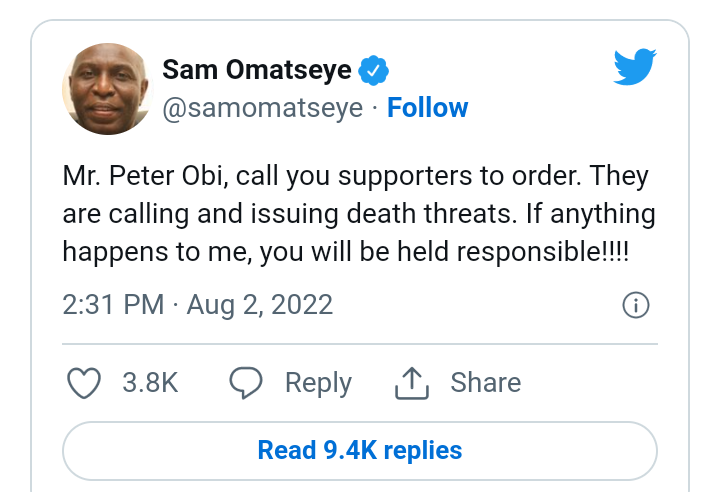