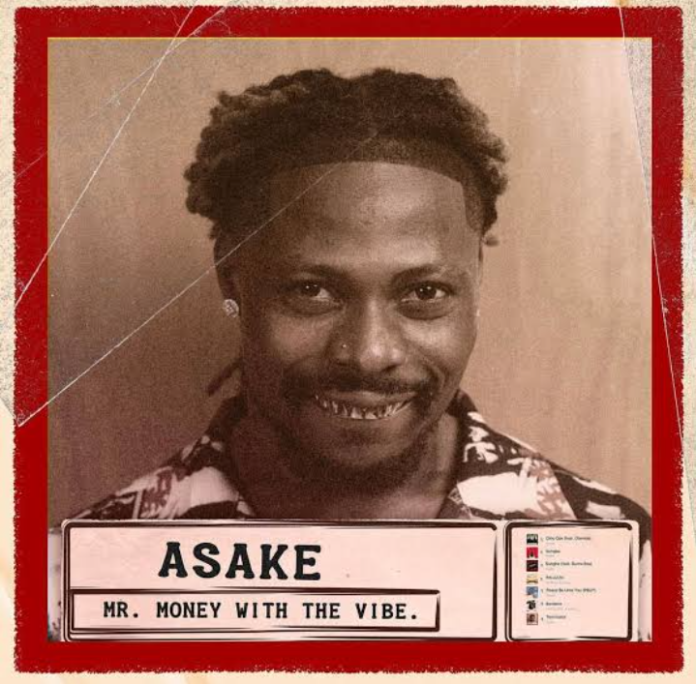 Rave of the moment Asake has released the tracklist for his upcoming debut album ‘Mr Money With the Vibe’.

Asake is set to drop his highly anticipated debut album on September 8th, 2022. Asake has been Afrobeats defining artist of 2022 so far with his EP ‘Ololade Asake’ launching him into mainstream fame.

Since the release of his EP, he has followed it up with groundbreaking hits ‘Pallazo’ feat. DJ Spinall, ‘Peace Be Unto You’, and ‘Terminator’.