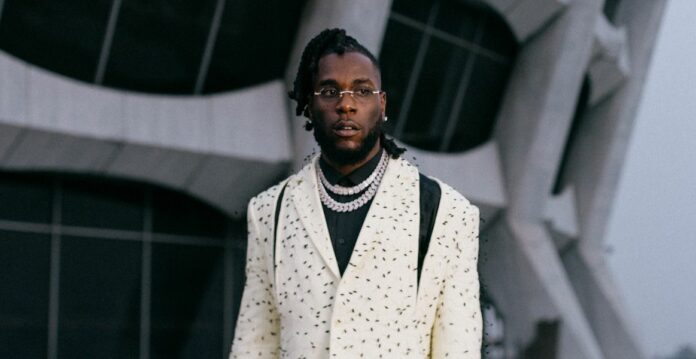 Burna Boy narrates how he was once jailed in UK

Burna Boy, the singer, says he came into Nigeria’s music industry straight out of UK prison.

In now-deleted tweets, the Grammy-winning music star spoke of his troubled past.

The ‘Ye’ crooner said he doesn’t care about being “named Nigeria’s biggest music star” as much as people think but “Nigeria really doesn’t know me”.

Burna Boy also revealed that he made his way into music after a brush with UK law enforcement.

“I came into the music industry straight from Chelmsford HMP. I had no idea I would even live this long,” he said.

“So when people talk about me now, it’s all just funny. Of course, I would perform with my injured leg, or even no legs or arms.

“Nigeria really doesn’t know me. I don’t care to be the biggest Nigerian artist. I’m just happy I can do what I love and take care of my people from it.

“If you knew just half of the shit I used to do for money, risking my freedom daily, you would be way happier for me.” 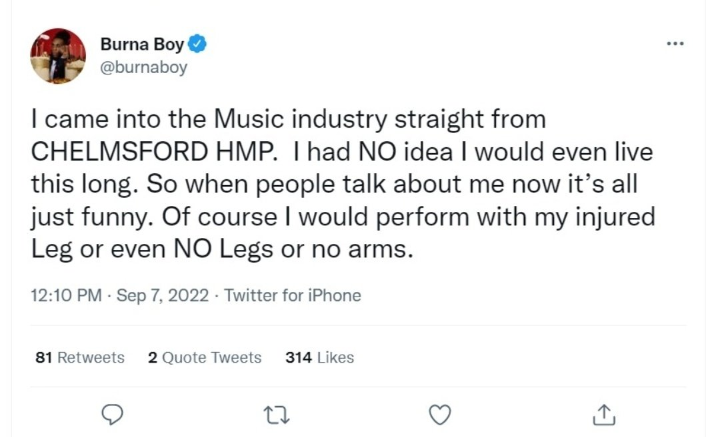 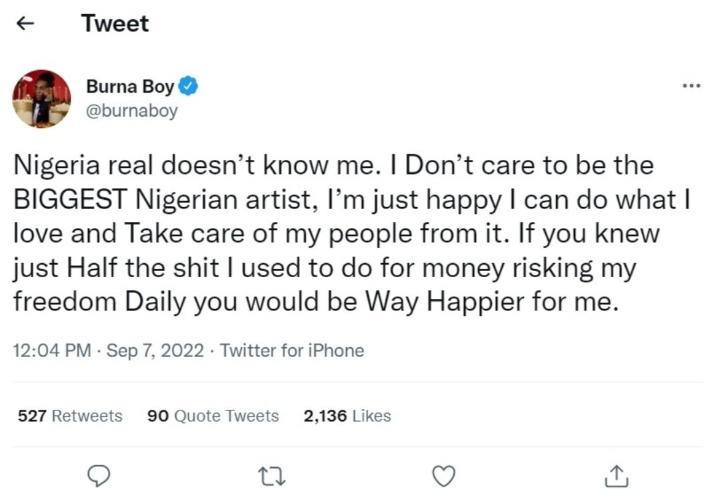 Chelmsford HMP is a prison and young offender institution (YOI) in Chelmsford, Essex for men aged 18 and over.

For so long, Burna Boy’s trouble with the law in the UK has been shrouded in secrecy.

This is the first time he would personally admit to going to prison in the UK.

Reports dating back to 2013 had it that Burna Boy stabbed someone to death in London.

It was said that he was tried as a minor and was sentenced to jail.

Eleven months later he was released on parole for two months with community service on the grounds of good behaviour.

We Made Over 10 Sex Videos – Pastor Omatsola