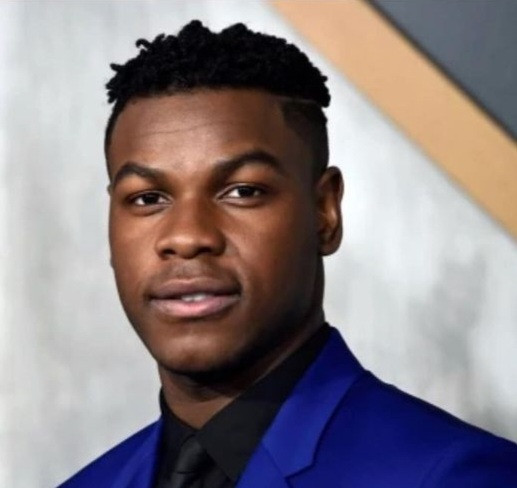 John Boyega has reacted after his personal preference in relationships was questioned.

The British actor of Nigerian descent granted an interview where he made it clear that he cannot date outside of his race.

He said: “I’m very disciplined in the type of women I speak to and I only date Black.”

His statement seemed to rub some people off the wrong way and they accused him of reverse racism.

One Twitter user mentioned Boyega’s Twitter handle and told the actor that if it was a white man who said he can only date white women, he would be accused of racism.

“But it’s OK for a black celebrity to say he only dates black people,” the Twitter user questioned.

John Boyega responded, telling the Twitter user that many white men make it clear they only date blondes or brunettes and by that, they mean strictly white women.

Boyega wrote: “When they talk about preffering brunettes or blondes they’re not talking about a wig. My preference is not a topic for debate.” 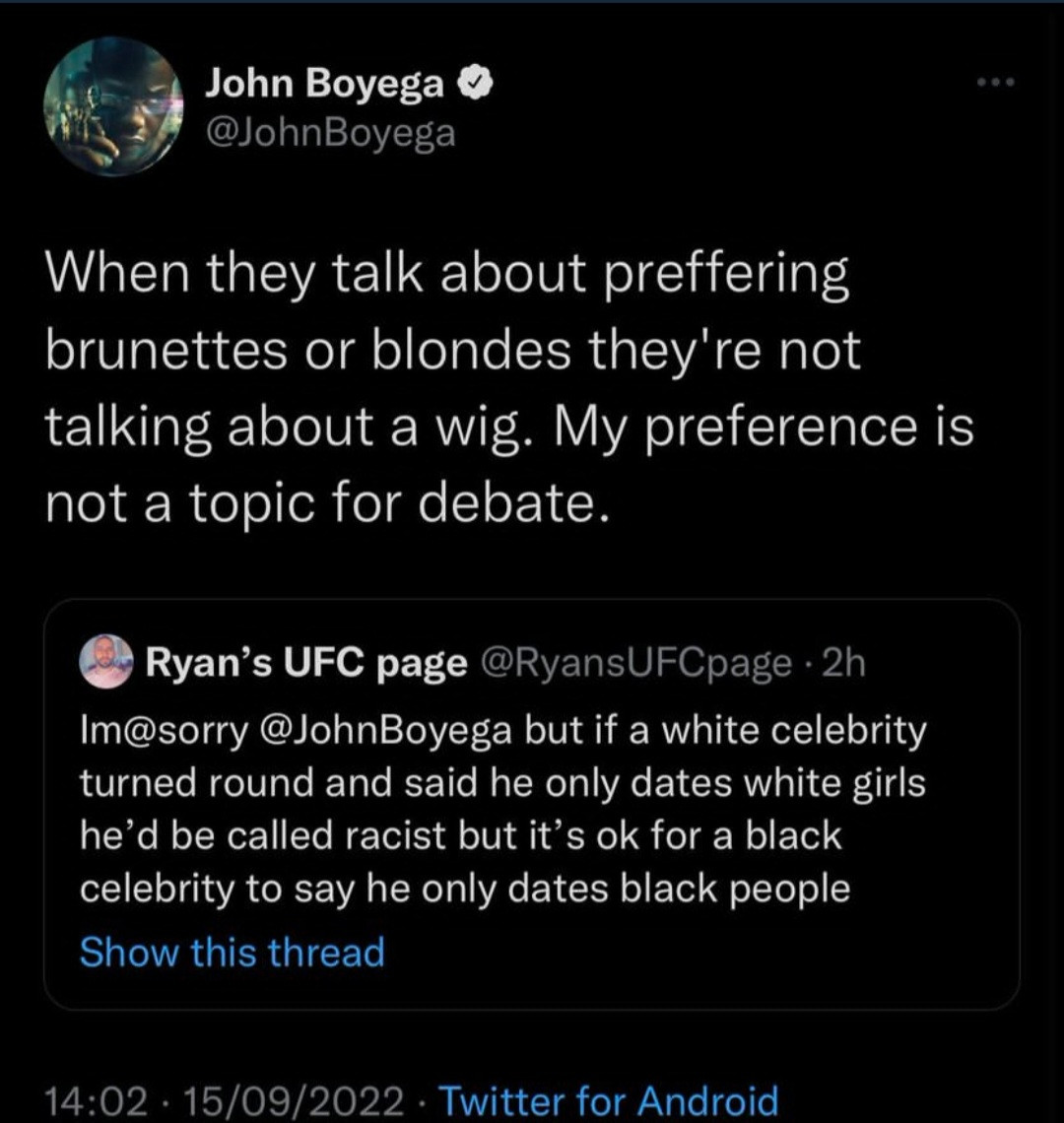