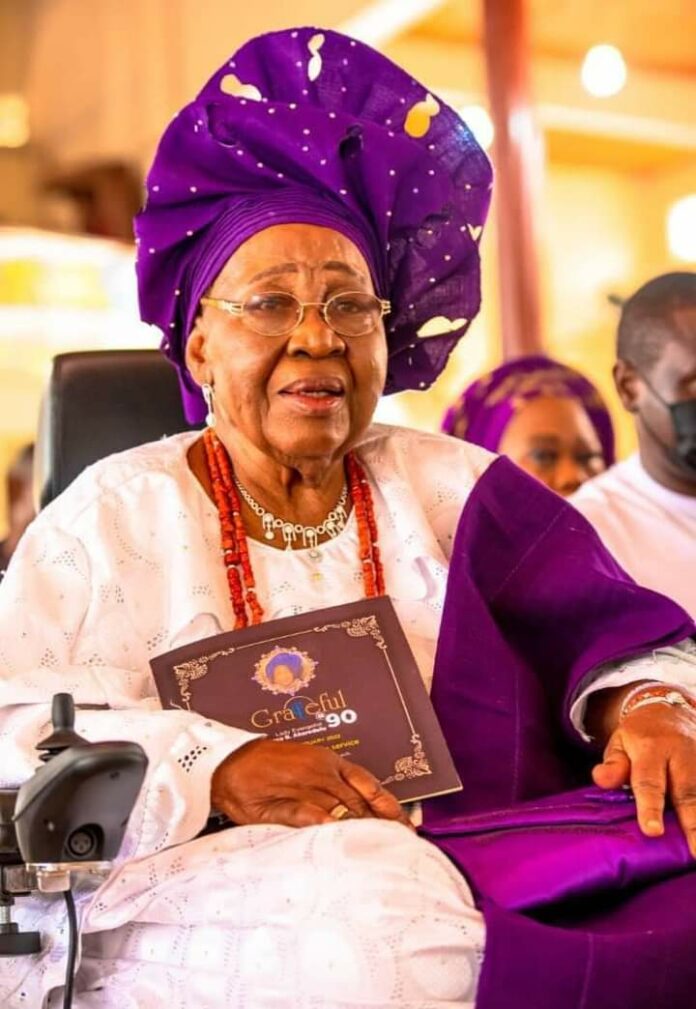 She died peacefully in her sleep in the early hours of Thursday.

The Chief Press Secretary to the Governor, Richard Olatunde, confirmed the passing of the nonagenarian in a statement made available to DAILY POST on Thursday.

“Further announcements will be made by the family in due course,” he stated.