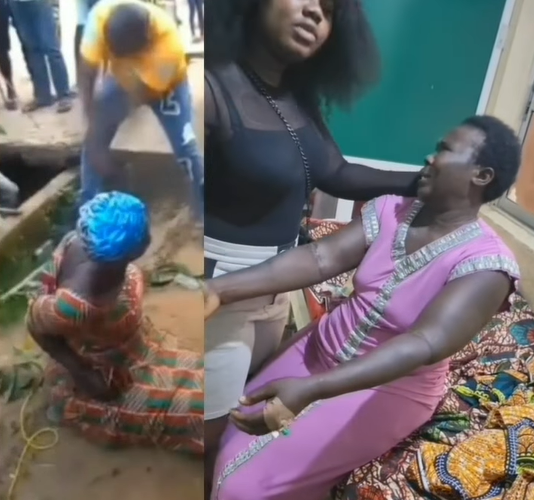 Widow tied and flogged by her community members over claims she is a witch has been hospitalised.Human rights activist, Harrison Gwamnishu brought her plight to the public last Sunday, TSB News reports.

He shared a horrific video showing the victim, Mrs Okechi, being flogged by young men in her community, Umueghu, Amaegbuato community in Nkpa Bende LGA, Abia state. The young men tied her hands before they began to flog her.

Harrison mentioned that Mrs Okechi was tortured after her late husband’s brother’s wife accused her of being a witch.