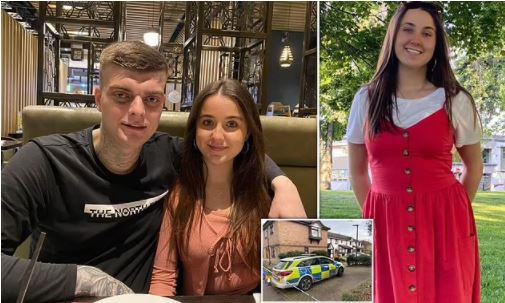 A woman has been stabbed to death in a quiet Essex cul-de-sac – just 11 weeks after moving to England to be with her British boyfriend.

Ashley Wadsworth, 19, was discovered following a ‘disturbance’ at an address in Chelmsford, Essex, at 4pm yesterday.

She had flown the the UK to be with her boyfriend Jack Sepple in November last year.

Ms Wadsworth was due to fly home to see her family in Vernon, British Columbia, tomorrow.

A man has been arrested on suspicion of murder. 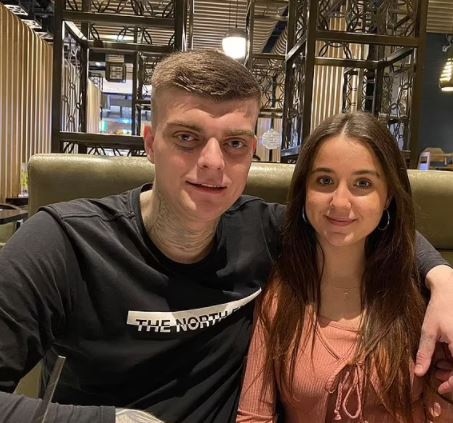 Ms Wadsworth had posted a photograph of herself with Jack on Facebook.

She had previously posted images of the couple smiling and enjoying sightseeing trips around Chelmsford and London.

The couple enjoyed a day out in the capital on January 9 to celebrate Jack’s birthday, in which they visited Tower Bridge and the Tower of London.

Larissa Kontos, a friend from Canada, posted an emotional tribute on Facebook.

She said: ‘I’ve been trying to come up with words for hours. I have wrote out a post and then deleted it. Because nothing I say will bring you back. ‘I will miss our conversations, you were always messaging me telling me the newest thing you saw on how a person can get pregnant! I will miss seeing your smile and beautiful face! ‘You will be truly missed by so many. Shine bright girly.’

Ms Kontos added: ‘She was a 19-year-old beautiful soul. She had a ticket for this Thursday to come back home to people whom lover her dearly.’

A neighbour, who asked not to be named, said: ‘The police were called late yesterday afternoon and the whole street was crawling with officers.

‘From our house we could see the paramedics go into the living room of the house and they were working on someone for a while.

‘They brought the young lady out into the road outside the house and were continuing to try and save her.

‘From what I could hear, the police were talking about stab injuries. It seems that she was the victim of a frenzied attack. But the medics couldn’t save her. It was awful to watch.’

According to Essex Police, officers were called to a disturbance at a home in Tennyson Rd, yesterday afternoon.

Despite the efforts of paramedics, the victim was pronounced dead at the scene.

Her family have been informed and are being supported by specialist officers.